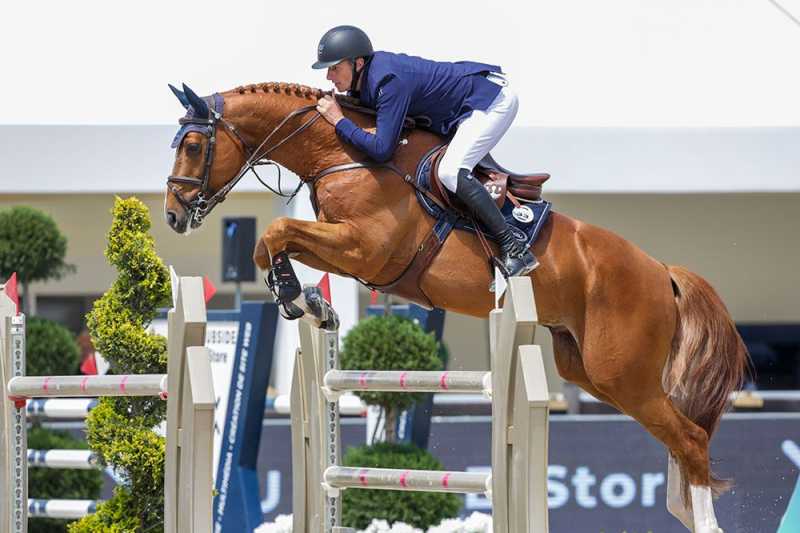 After his two consecutive victories in the Grand Prix 2* in Grimaud, Cocktail de Talma was attacking his first Grand Prix 5* this weekend at the Global Champions Tour in Stockholm. At only 9 years of age, he put in another incredible performance by immediately taking 6th place in the 335,000 euro event! He confirms once again all the hopes placed in him by his rider Grégory Wathelet.

A golden family since the day before, it was his own sister Cocaine de Talma who distinguished herself at the CSI2* in Fontainebleau by taking the 9th place of the big event.

Cocktail's full sister, Cocaine de Talma, is herself the dam of lots 17 and 18 of this sale: Insolent de Talma (by Thunder vd Zuuthoeve) and Insolente de Talma (by Mylord Carthago)

Coctail de Talma is the sire of lot n° 5 Idéalist d'Asschaut who is from the first generation of the star of the Talma stud and has the same qualities as his sire, namely enormous ability and a great gallop.