A lot of performers in the pedigree of this grand-daughter of Reggae de Talma! 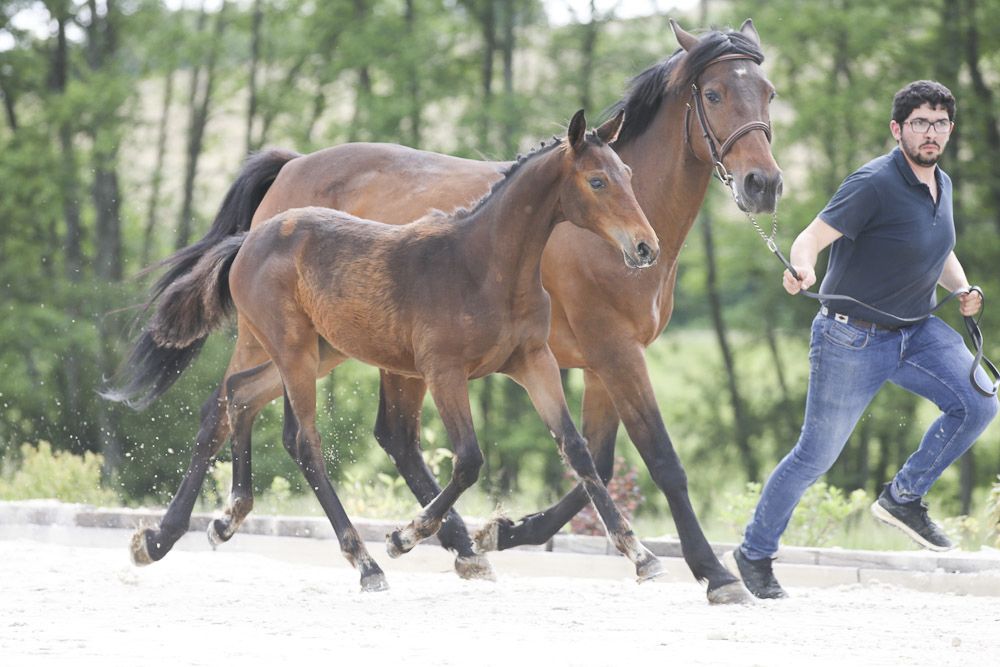 Son of the Holsteiner chef-de-race Contender, Colore illustrated himself on the greatest international showgrounds under Hans Dieter Dreher’s saddle. Together, they won the mythical Nations Cup of Calgary or even the 3* Grand Prix of Maastricht.

Being international herself with the home rider Audrey Teixidor, Donna Star is a daughter of the Nations Cup mare Valkyrie de Talma who gave several international offspring before being exported to Canada. Valkyrie is also a sister of the cracks Une de l’Othain, great winner in 5* Grand Prix with Harrie Smolders and also the performer stallion Cocktail de Talma. Her grand-dam, Reggae de Talma, count amongst the best broodmares in the world with 8 offpsring competing on 1.45m and more.

Miss is a very beautiful filly, bloody with a very good locomotion. Out of a very prolific bloodline for high level, her daughter is herself a very good competitor in CSI 2 and 3*. 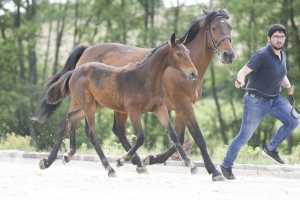 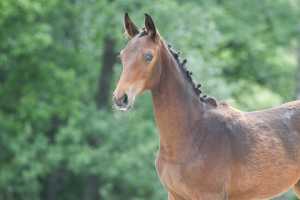 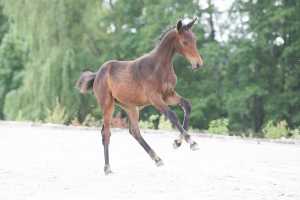 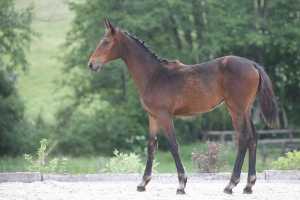 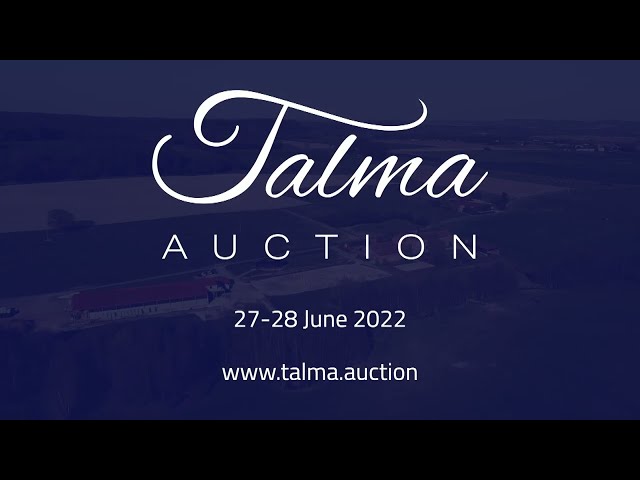